Looking for a Vacation Getaway....like permanently??

Are you the kind of traveler that's looking for that out of the ordinary experience? Climbing Mt. Everest, diving the Mariana Trench, swimming with Great White's off the South African coast, inner tubing with Piranahs down the Amazon.....boooorrriiinng!

Have I got the travel package for you!

For the low, low price of $5,000 U.S., Nowhere Nagin Adventures a subsidiary of AFO investments, will send you on a 14 day tour of the most violent cities on the planet!

You'll start by being smuggled into Mogadishu, Somalia along with a shipment of AK-47's. You'll have 4 days of pure machete dodging thrills. If you make it to your pick up point, you're on to your next adventure.... 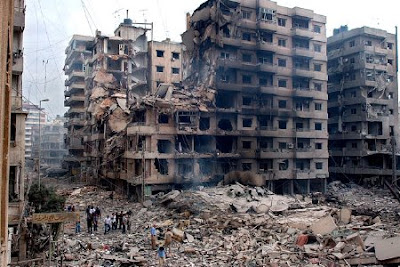 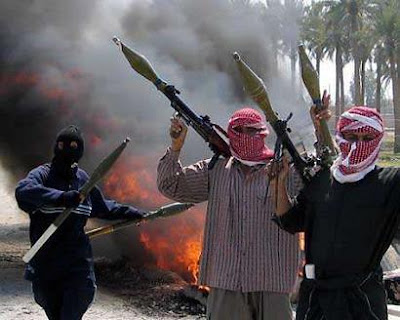 Still Kicking? Let's take it up a notch...You're on the fast track to downtown Baghdad! That's right...you'll spend the next four days with U.S. troops travelling the IED laced highways and byways of Iraq....with no body armor! For an extra 1000 dollars, we'll even slap a Halliburton helmet on you and send you on solo door to door raids!!! 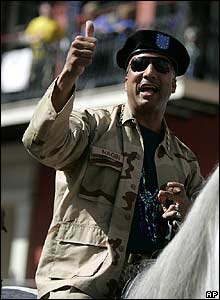 Mayor Ray Nagin will personally greet you upon arrival to the "City that crime never forgot" (*not responsible for no-show by Nagin) along with Police Cheif Warren Riley, where they'll brief you on the safest parts of the city and assure you you'll be perfectly safe on your visit....HA...don't worry adreneline junkies, they say that to all the tourists...silly rabbits. 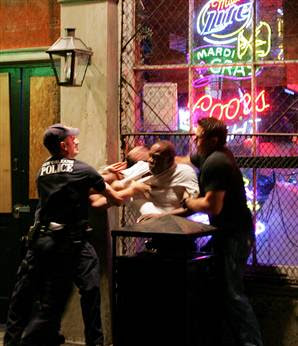 You'll experience the unbridled, random violence that can only be found in a leaderless, dying city like New Orleans!!

We'll house you in a FEMA trailer deep in the 9th Ward, right below that trusty levee wall America's own Army Corp. of Engineers just rebuilt.....and guess what?? It's hurricane season!!!

And that's not all....if you're one of the first 100 to apply, AllState will even sell you a million dollar life insurance policy for the first three legs of the trip! (*Sorry...AllState refuses to insure the New Orleans leg, *Travellers will insure the New Olreans leg...but only 30% or one of the three days of the trip).
Posted by Jason Brad Berry at 1/05/2007 07:09:00 PM

Beautiful baby! Just beautiful... you tell it like it seems to be.