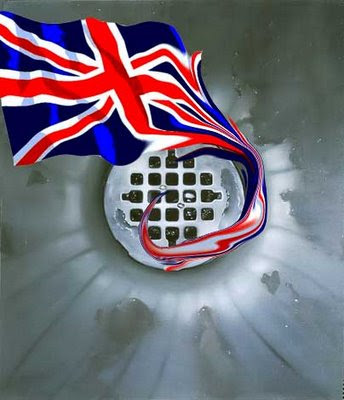 So my friend just read this and said the following:

"You know what happened? Reagan used the Cold War to outspend the Soviet Union and drive them into collapse. Bush must have used Iraq to do it to Britain."