"I love my husband unconditionally and am very concerned for his health and well-being, and for that of our family," Cantrell said. "I hope that this incident will encourage Jason to seek the professional help he needs and ask that the public respect our privacy in this very personal family matter."

Ok, because I'm such a nice guy....I'm going to offer Jason C. that professional help he needs.

1.  What the fuck are you thinking?  Why on earth would you take a spliff into a courtroom?  You have a car, right?  Why didn't you just leave it in the frikkin' car?  Were you going to burn one in the bathroom?  This is a fuck'snu for a 16 year old kid...stashing a joint in his school locker.  C'mon man, you're 43...wait til' you get home. 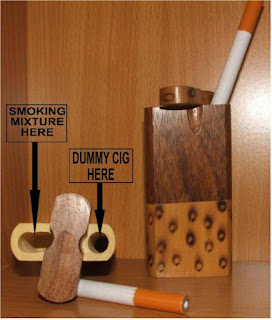 But that is still stupid.  You can wait until you get home.  You take a one-hitter to Jazzfest or to Mardi Gras...never a courthouse.  Much less taking a doobie to a courthouse.

It makes me wonder if he felt some sense of entitlement because his dad is sitting on the bench.  But that's another story all together.  I'm not a believer in the sins of the family casting a baleful shadow.  He's not responsible for his dad's actions, and LaToya isn't responsible for his actions even though I think this just shows a simple lack of judgement, nothing more.

However, she is very much overreacting...that is if weed is his only vice.

LaToya's statement should have been, "What can I say?  It was a dip to the shit move...he's cut off until after the election...I'm running a campaign...I ain't got time for caga like this anyway."

If she made that statement, I would move to her district just to vote for her.  Hell, I'd vote for her two or three times.  That would show me that she's not getting bogged down in the petty stuff and that's exactly the kind of councilperson we need.

To me the "sense of entitlement" is worse than smoking a little weed.

Very much agreed. That concerns me more than anything.

Although I'm not pretending to know what was going through his head...besides, perhaps, too much THC.

such a comical incident that it's made the NY Daily News

In any case, he's lucky he wasn't charged with felony posession, it being a courthouse. I a joe blow kid without political connections in the courthouse had a joint fall from his pocket in full view of cops, you can bet they'd charge him with felony possession, which of course they could under the introduction of contraband statutes. . . really I imagine this is one way contraband like knives and dope ends up in OPP. . . they lawyers can meet their clients in private in the courthouse before hearings, so that presents an opportunity to smuggle stuff into jail.

Didn't think about that...that's a whole different angle than him just being an idiot.

Boy, what a passive-aggressive immature jerk this "man" is.

His wife is running for office, and he pulls a stunt this childish. At 43, you'd better not be engaging in teenage rebellion against your judge father, or embarrassing your wife and messing with her public reputation.

No one cares about a little weed, but everyone cares about the relatives of politicians and judges who think that those connections make them above the law.

I mean, even people who break that particular law don't want it broken with such obvious contempt for not just that law, but for the entire system of living under the rule of law.

I hope Daddy and his Missus send him a loud and clear message: you ain't above the law. We're supposed to affirm that no one is.