It's a DHS grant to create an interoperable storm proof communication system in the city for our first responders. Meffert scuttled it for political reasons before the storm....now it's apparently back on the burner and in the hands of an Imagine crony.

The city is looking to hire the planner for the project with a grant for $95,000 from the Urban Area Security Initiative. So this looks like the beginning of the process...it will be interesting to see who gets the job and if they are in anyway connected to the Imagine crew...like Netmethods or Intelliport.

Keep your eyes out for a state contractor called Benetech...former Imagine crony Chris Drake is reported to be overseeing the project per Benetech at a salary of about 500k/year. Drake is also reportedly "in tight" with DHS officials who are issuing the grant.

Bennetech is owned by one Aaron Bennett. The Gretna based company specializes in ID card systems and accompanying software. Apparently it's doing rather well as Mr. Bennett saw fit to fly none other than our M.I.A Mayor Nagin to the Chicago playoff game on a Gulfstream G500. Oh yeah....I'll give you three guesses who else got a free ride to the game...and the first two don't count. Yep....Muppet (Meffert) was along for the ride. Isn't this the same thing Tom Delay got in trouble for? 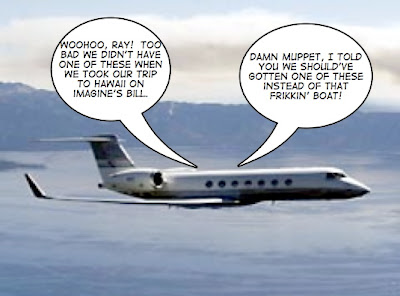 So let's sum this up...Meffert scuttles the original DOJ grant for the interoperability communication system in 2003 before the storm, even though Grant Holcomb had a working system ready to go. Katrina hits...our first responders have no working communication system and many people die as a result. Meffert breaks into a retail store and steals a bunch of wifi routers and sets up an ad hoc network which, ironically enough, he gets an award for. Now in 2007, the grant comes back up through DHS and a former Imagine guy is overseeing the process through a company with a state contract called Benetech. The owner of Benetech saw fit to fly both Nagin and Meffert to the Chicago playoff game on a private jet at his expense.

I wonder where this is going??? I would love to hear from Grant Holcomb right about now...I'm sure he would have a couple things to say.

NOTE: Originally this request was sent and proposals were due on April 9th, 2007. However, the City has extended this request for proposal but has not yet determined an end date for people to submit their proposal.

The LTC is encouraging that anyone interested in submitting a proposal to provide these services (we suggest no later than May 10, 2007) that they do so immediately, as the request for this specific endeavor could end at any time.

For more information about this request, please view the RFP posted on the LTC web site at:

Again, we encourage for you to submit your proposal at your earliest convenience.

Thanks and good luck.

The link to the full bid as a .pdf: